First half of October I was very busy doing much ringing and birdwatching activities around, but because of featherless issues I didn’t had to write about them, so here is a short summery:

In general passerines ringing slowed down considerably in the beginning of October, not completely because of lack of birds, many day ('vis') migrants, especially Tree Pipits, Red-throated Pipits, and Short-toed Larks were passing every day. Last week on Wednesday in particular, few thousands of those passed over head and Itai also reported from Yotvata (see his last post), but they were passing fast without hanging around two much. On the 9.10  when we arranged at last to ring in Yotvata field supported by Eilon Gur who came from Sde boker to enjoy some ringing and birdwatching in Eilat area it was already too late:

We arrived very early to Yotvata only to take a wrong turn and got bogged in the sand, not a good beginning, by the time Itai and Noa arrived they helped us to finish setting up 3 triangles (12m*12m*12m) of mist nets by first light, with MP3 playing loud in their centres. But soon discovered the field was rather empty, only 100's or so RtP & StL's were around. Altogether we had 11 birds, which was nice but not the showdown I expected when all of them were passing over my head 4 days before and after Itai's report from last week.

Nevertheless many thanks to Eilon Noa and Itai and for the kibbutz for letting us ring there! 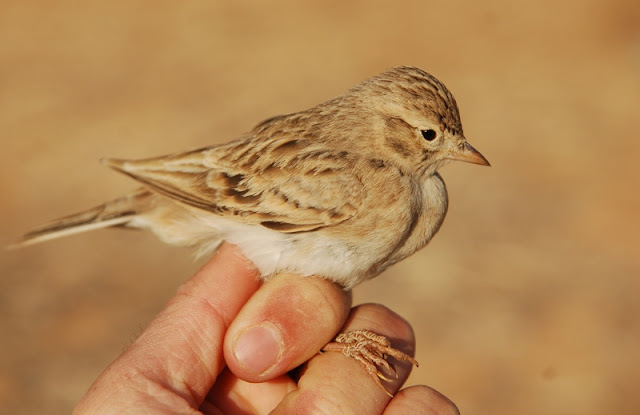 Pipits are hard enough to catch in an open windy field, so photos… 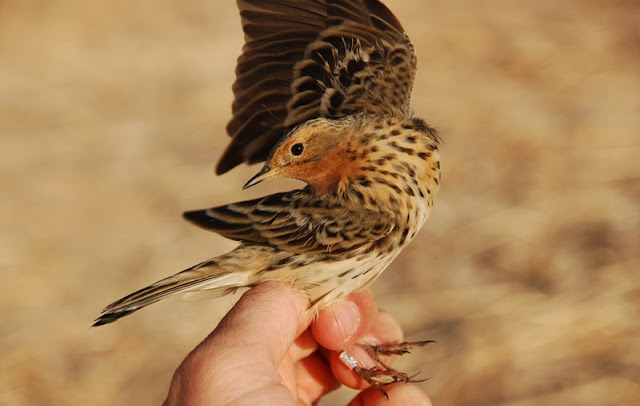 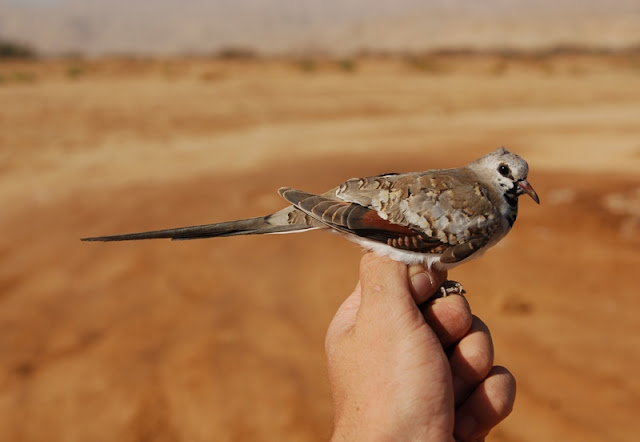 Have a look at the pattern of the new moulted PC's. 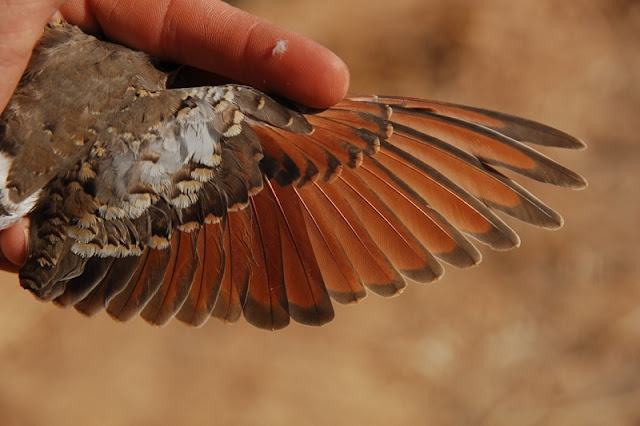 After this attempt Eilon and i birded down the way to Eilat starting with the much promising Yotvata sewage pools, as many as 50 White Wagtails were resting there together with someTeals, Garganeys  and 20 Snipes, which after some carefull checking were all common...
It looks like this site has the Potential to bring something good in November-December.
At  small eastern field (a rather hidden place) we had few Black-eared Weathears and one Hooded.

We then drove on and At Samar sewage had 3 more Hooded Weathears and a nice flock of 70 waders (it's a tiny spot). Our next stop was at k 20 where we had great views of Sooty Falcons throughout the last two weeks, two days later Itai and I relocated the Sanderling Itai found on Friday. This is by no mean a common bird down here around Eilat! 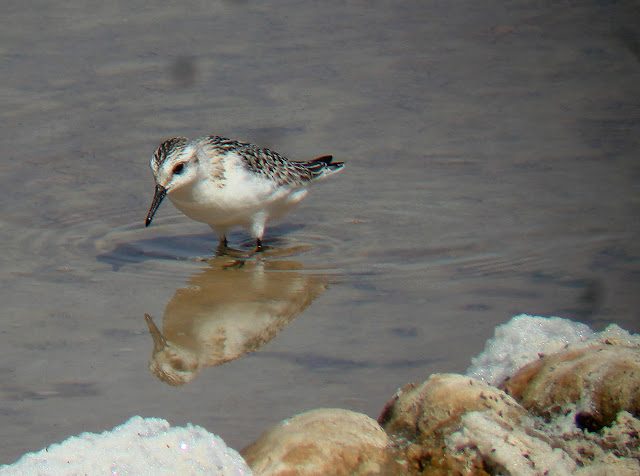 More on the 'less common and pretty cool' list this time is this handsome male Red-breasted Flycatcher, an October species, but what a bird! 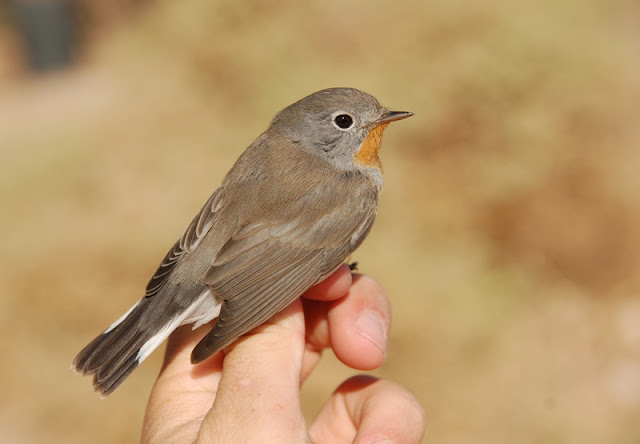 We also had this beautiful Wood Warbler, very green indeed but not an 'ish'. 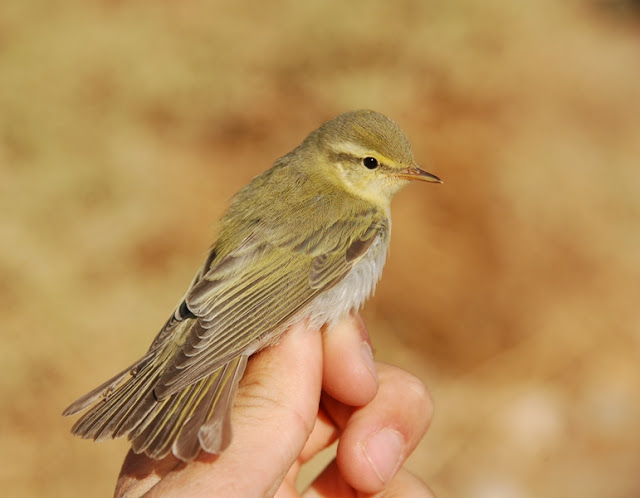 In Eilot fields Tsadok found this Long-eared Owl tangled with some sticky grass by the side of the road, he disentangled him but to get him completely clear we had to gently (as we could) tear few of his body feathers,and ringed him, he was tangled probably for a short time and in good health so we decided to release him on the spot. No further explanations on plant introduction into the desert Habitats is needed in this case I guess. 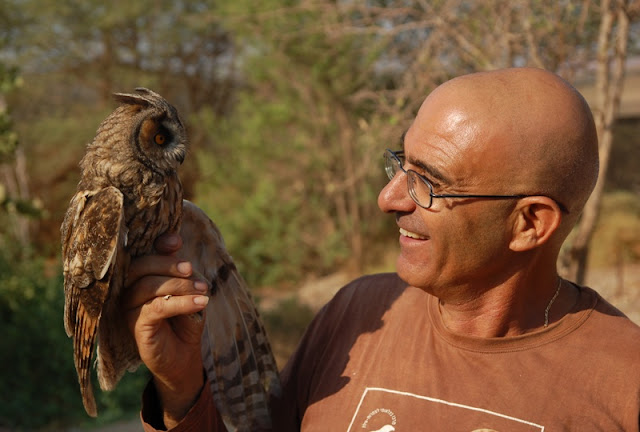 This is my desktop image for the time being... 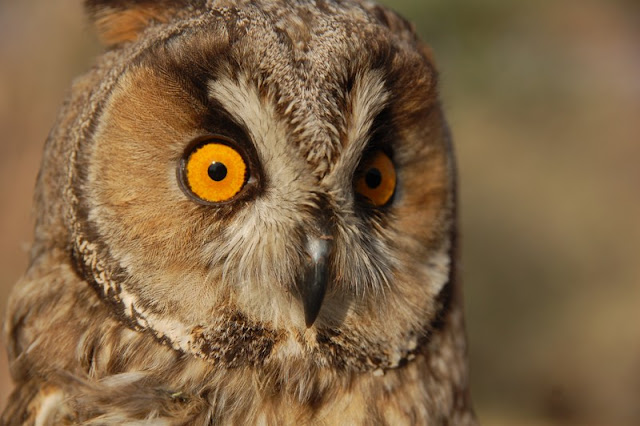 At the station the mid autumn change is well underway: the 'early autumn' migrants are replaced by mid and late autumn species like Bluethroats, Sardinian Warblers, 'Phoenicurus'Redstars soon to be followed by Chiffchaffs and many more. 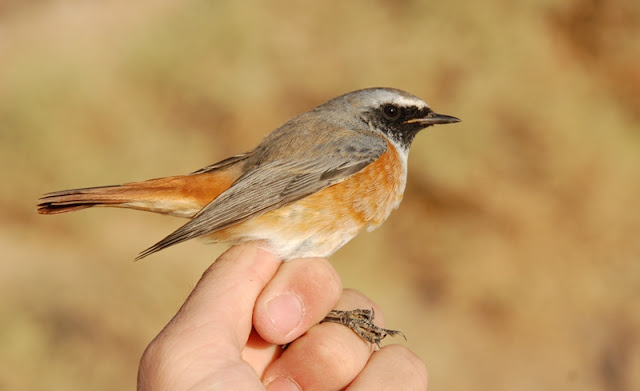 Those Sardinian Warblers are a good reminder winter is coming, even if it's still get to over 35 degrees at times. 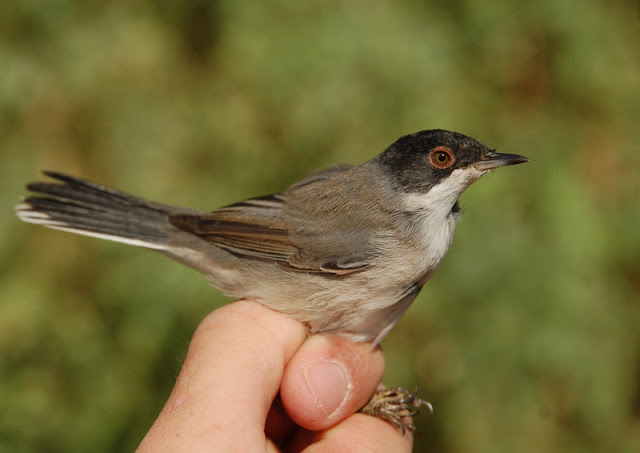 Itai also reports that the Sooty Falcons have fledged their chicks and now can be seen in most days hunting around K20. 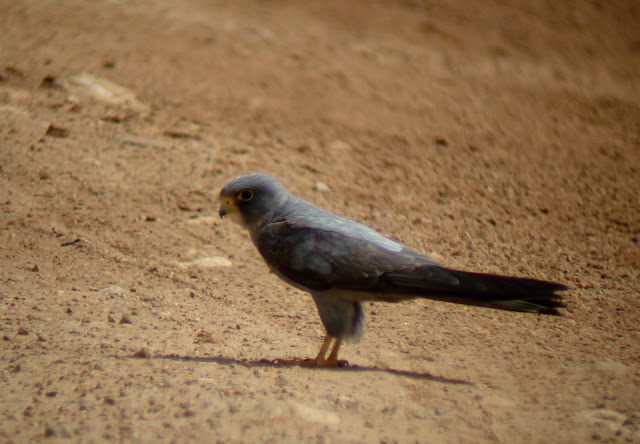 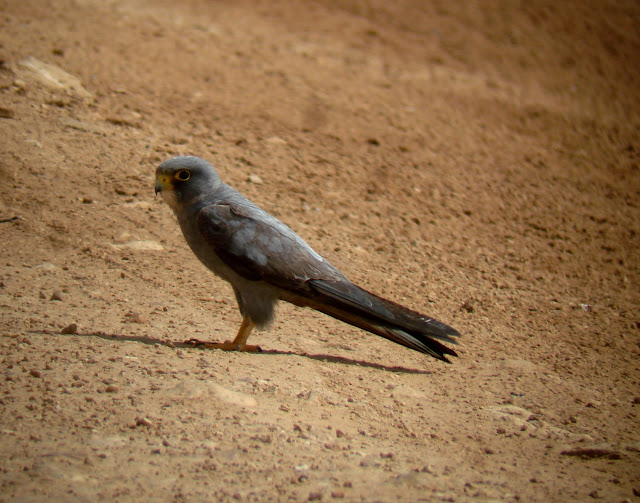 And Avi Meir reports from the Gulf about new arrivals of both Siberian Gulls and of a loneLesser Crested Tern which was hanging around North Beach last Tuesday.

Unfortunately I have to go on a month long guiding course so ill be back ringing only by mid November, hard times for my fingers…

Posted by יעל לנרד Yael Lehnardt at 10:19 No comments: