New sp. for IBRCE * short update due to festival


The Eilat birding festival is taking most of our time in the past few days: guided tours, lectures, birding from time to time, still building a new hide... Ringing hasn't been very successful. The weather is "too good"- birds just fly over, keep on migrating.
We did have some nice birds during last few days, lots of lovely encounters with birders from all over Europe and some nice days with good overhead migration, good variation.

25th
Always fun to have one of these in hand:

On the 25th, Matt noticed one gull with a colour ring (PVC). After a long quiet crawl he got close enough and was able to read the black ring- J9VZ. It was ringed in northern Norway, as a pullus (chick), in 2011 and was seen by a German birder last year. Nice! gulls with PVC rings are not very common around Eilat.

26th
New species for the IBRCE! Not a nice one but a very beautiful one... A Brahminy Starling Sturnia pagodarum זרזיר ברהמיני. It is an invasive species in Israel and this one probably escaped from cage somewhere in Aqaba or Eilat and not flew all the way from Tel Aviv. It was around singing for two days and moved away.
In the ringing we had another Scops Owl Otus scopus שעיר מצוי, with loads of ticks around its eyes. It's a reminder for the difficulties birds have to cope with along the tough migration. 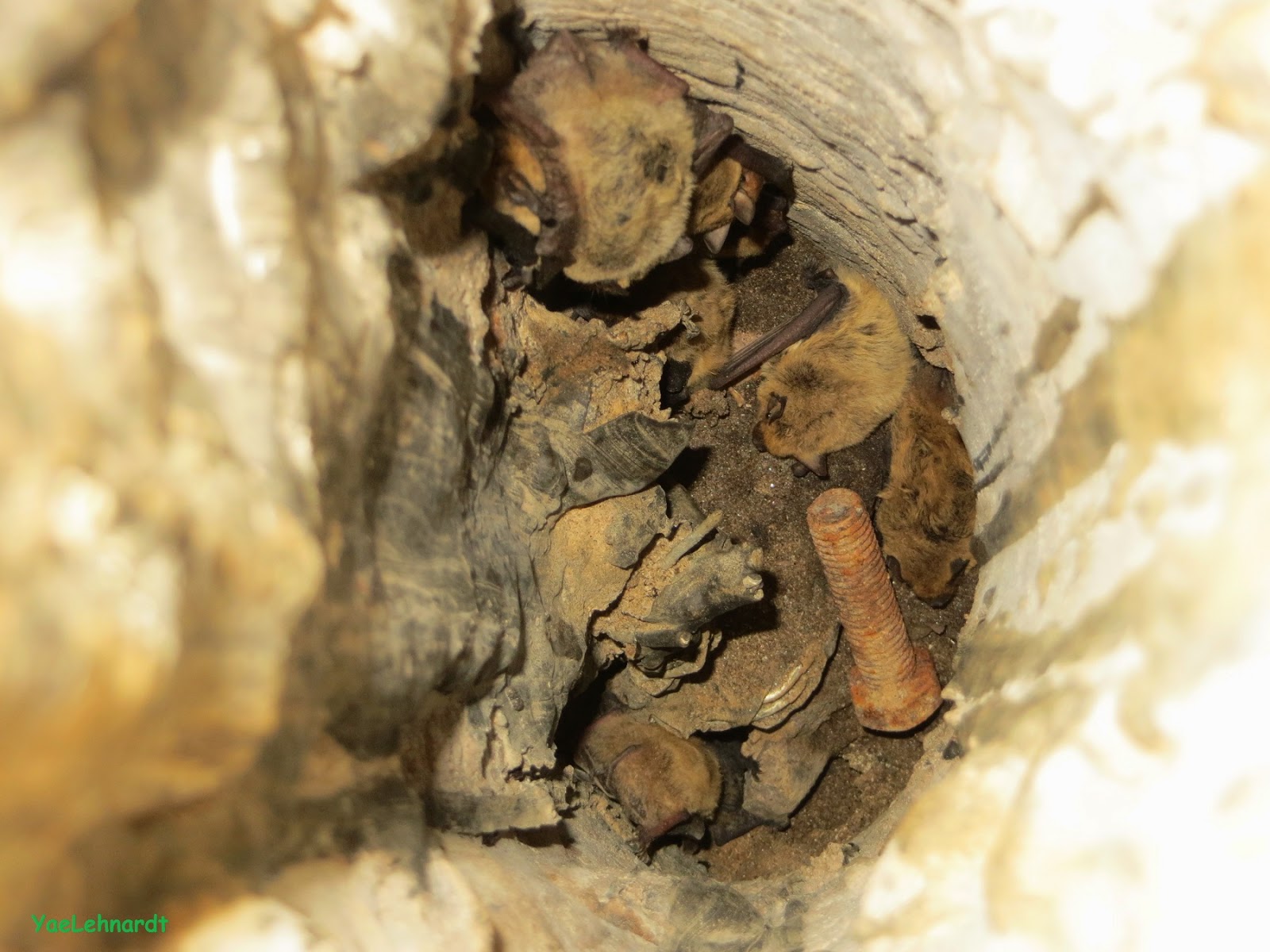 At the IBRCE Park, you'll be surprised, there are not only birds flying around!
We try not to interrupt them frequently but there is a place where these Kuhl's pipistrelles Pipistrellus kuhlii עטלפון לבן שוליים are roosting communally. In some years, up to 25 are seen. This time the numbers were lower than usual but it is still remarkable to see such creatures up close.