Autumn is progressing down here, waders and songbirds are doing well. Ringing is quite good with 30-70 birds daily.
I tried out mist netting for waders at almost full moon, well, not surprisingly I had only a small catch. Hopefully later this week moon will rise later and ill resume mist netting for waders at night. Of 8 birds this juv. Curlew Sandpiper was very cooperative. 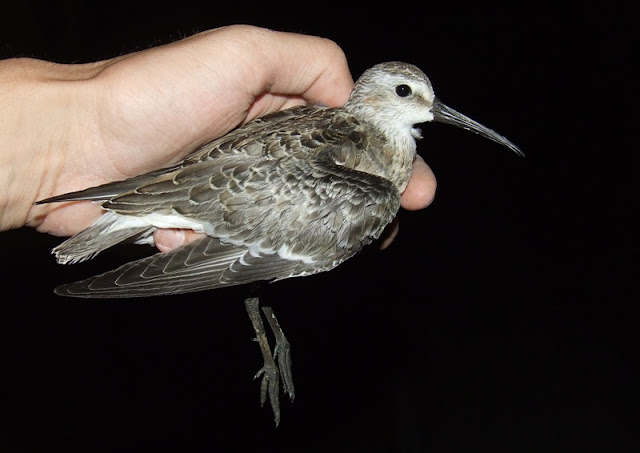 Despite the moon the low water level at the northern most salt pond gave us a great opportunity to use our long serving wader traps. Waders for this week include another Broad Billed Sandpiper (Tick no.1 for Re’a), third Marsh Sandpiper, and first Wood Sandpiper apart from the normal catch of Calidris species, Ruffs and Plovers. 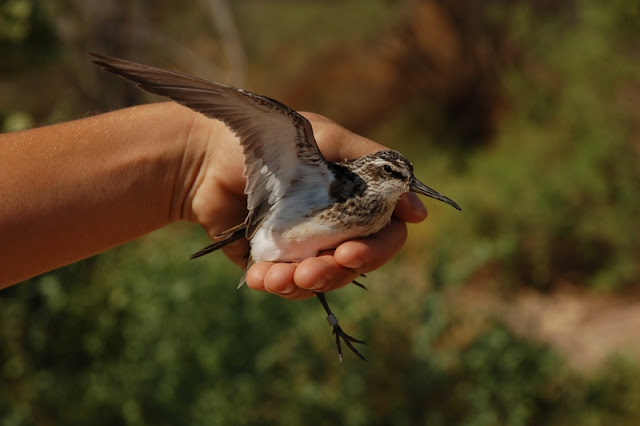 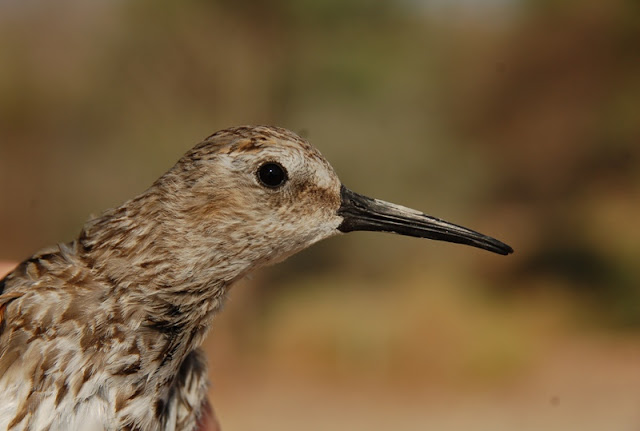 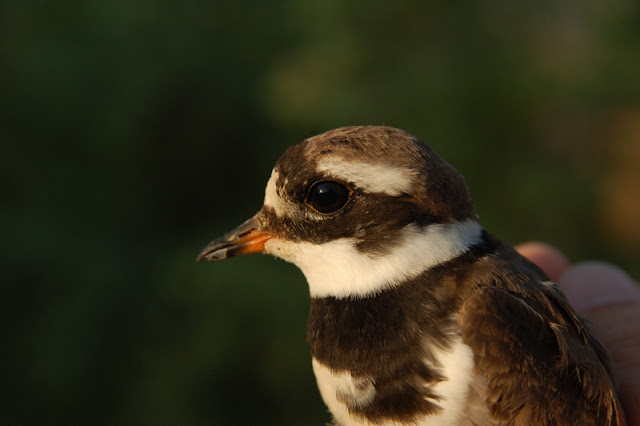 The traps also catch others then waders; mainly Yellow Wagtails but yesterday we got lucky and caught this Citrine Wagtail (Tick no. 2 for re’a). 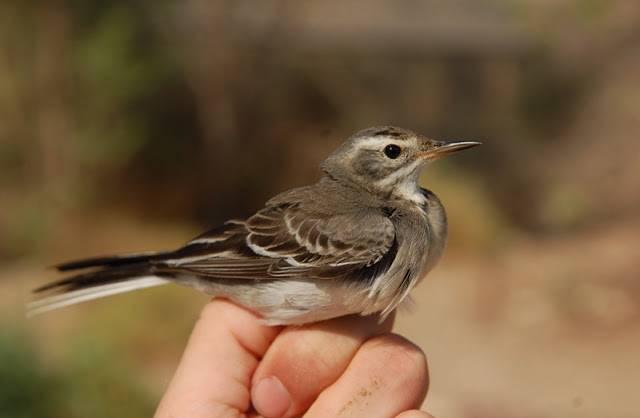 Note the head pattern: a long supercilium that goes down behind the ear coverts. 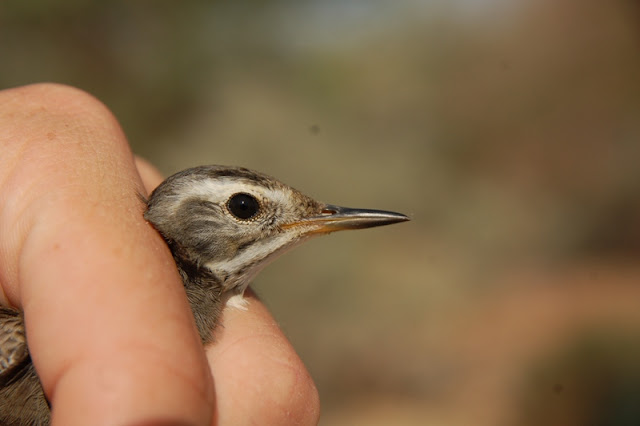 We were long hoping to catch one of the few lesser grey shrikes hanging around, so for Re’a 3rd tick for the day, this one was very kind and caught himself. 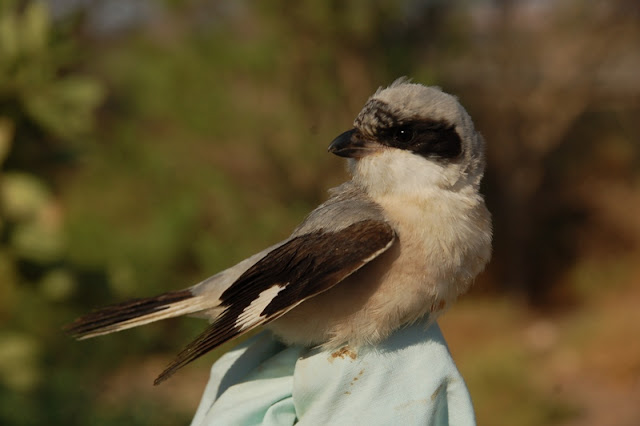 Despite its dreadful bill Re’a held it bravely for photos and got out without any serious bite. 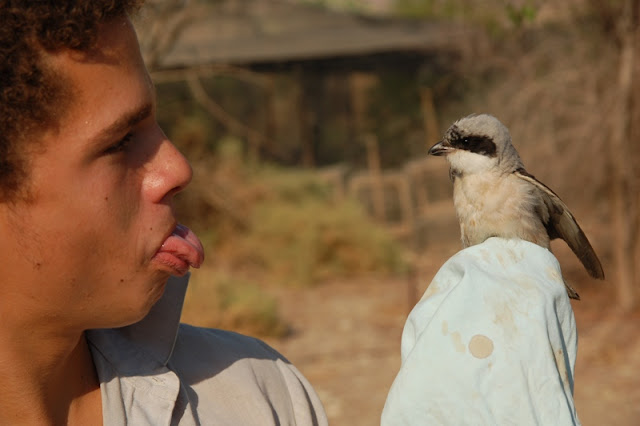 Sexing is according the amount of black at the forehead, this one (14 mm if I remember correctly) is a male. 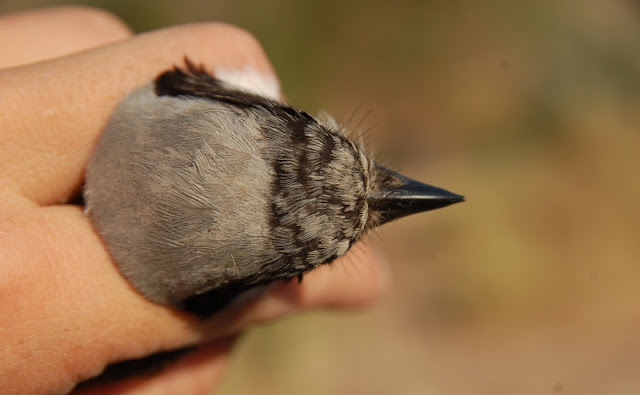 Some good autumn birds were observed lately around the station: At least 3 Citrine Wagtailsand a quite odd Hoope Lark at the salt ponds, and this male Rupple’s Warbler (far less common then in spring) which hanged all morning between our nets. 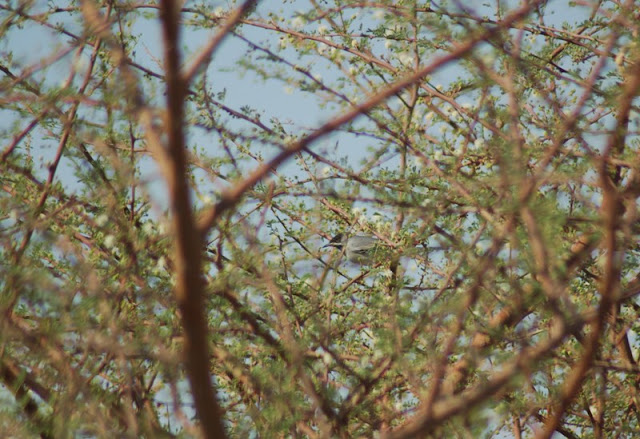 Apart from ringing ticks and rarities which don’t come every day, many cool species are moving through, like this migrating Cetti’s Warbler and many Spotted Flycatchers. 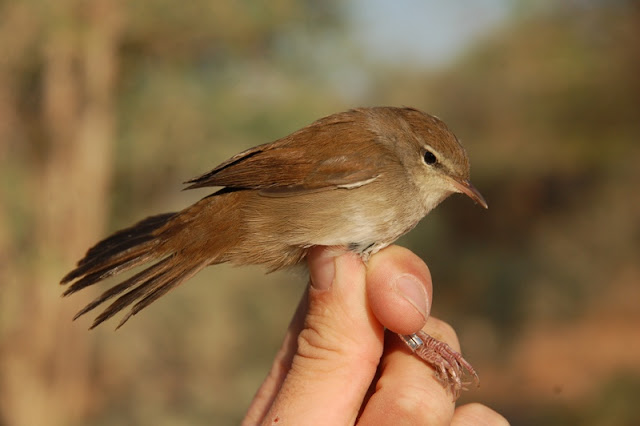 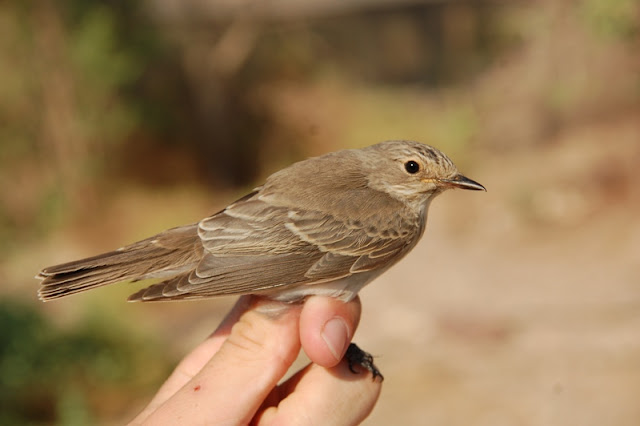 At the reed bad on our ‘’ Anita only a dozen Swallows and perhaps 50 Sand Martinsroost every night, it would be a week or two until they come in force.

Up on the mountains, Itai reports that the 4th Sooty Falcon territory was found today and a 3rd year Egyptian Vulture which is still hanging around. At K20 there is a good collection of Waders and Yellow Wagtails. The first Hugline's Gulls are also present and both Montagu'sand Marsh Harriers were seen flying around.